Supervision of a thesis and realization project for the Buchstabenmuseum Berlin

The Berlin Buchstabenmuseum is the first museum in the world to collect typography from public space and present it as part of the city’s history. It preserves and documents three-dimensional letters and logos with their background stories as well as explanations of the creation and manufacturing technology. This has been inspiring people from all over the world for 10 years now.

A footbridge leads through the museum as a central design element. The visitor becomes an archeologist and is guided past the objects and their stories on the footbridge. An intelligent parapet element, which forms the basis for the entire exhibition design, structures the rooms: it contains light, object labels, electricity, and a signage system.

The project was realized and also built by a team of students from Coburg and the two diploma students as well as sponsor partners acquired.

The work won the competition “Gute Gestaltung 12” of the German Designer Club in the category “Future.”

We are at an archaeological dig. In the dust of time, we have unearthed various typographic artifacts. In order not to destroy the excavations, a footbridge was built on which interested visitors can move through the excavation site.

Excerpt from the exhibition concept 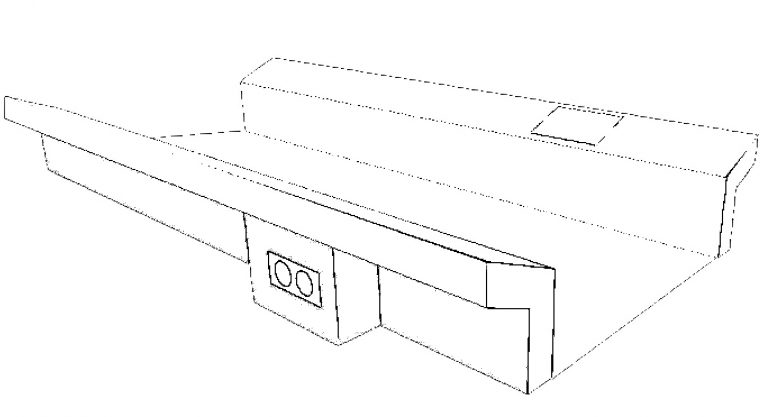